Founded in 1996 at Huntington Memorial Hospital by Dr. Kimberly Shriner, The Phil Simon Clinic is a multidisciplinary facility providing comprehensive medical and psychosocial care for persons infected with HIV.

The Phil Simon Clinic is a nonprofit organization operating within Huntington Memorial Hospital’s Outpatient Center. It serves as a referral center for insured and uninsured persons infected with HIV/AIDS within the San Gabriel Valley. The Clinic is staffed by board certified infectious disease and HIV specialists as well as highly experienced nursing and administrative personnel. Psychosocial support is available by clinical social workers experienced with HIV/AIDS. Adjunct services such as case management, home health and benefit evaluations are provided by The Phil Simon Clinic’s close association with AIDS Project Los Angeles. Learn More 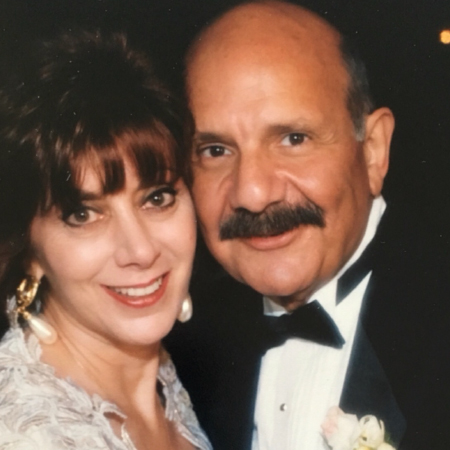 Who Was Phil Simon?

When Phil Simon died of AIDS on March 23, 1995, he left behind a wife, a son, two daughters, two grandsons he would never have the chance to meet, and a large extended family and circle of friends.

Born on January 16, 1937, Phil was outgoing and gregarious, a collector of people. He embraced life and had a uncanny way of making friends feel like family and acquaintances feel like friends. His spirit was big and anchored by his generosity—mi casa es su casa, he used to say.

After the initial shock of his HIV diagnosis, Phil turned his attention to those less fortunate, including those who were sick, and poor, and alone. AIDS is the great equalizer. It does not discriminate—Phil understood this long before it became common knowledge.

Through one of the many support groups he frequented, Phil met a man much like himself in age and upbringing, but who was very much alone. Having watched so many of his friends die of complications from AIDS, this man was alone and without hope. But Phil would not accept this. He befriended this man, calling him daily, bringing him into his own close circle of family and friends, sharing words of encouragement and hope. Because Phil was weak from his own illness, he could do little more than be there for this one man.

In a small way, this story is just one example of how Phil chose to live his life. Living as a person with AIDS did not make Phil Simon who he was. Who he was made it possible for him to live with AIDS and with dignity and to continue to touch the lives of those around him.

The Phil Simon Clinic recognizes a man who truly believed in the spirit of humanity. He valued people above all else. He was not a wealthy man, nor a poor one. He was an average man with a good heart. And his heart ached with the knowledge of how AIDS is impacting our lives.

Support the underserved patients of Huntington Hospital’s Phil Simon HIV clinic. The clinic serves uninsured or minimally insured patients with advanced HIV/AIDS. Donations will go directly to help cover costs of essential laboratory evaluations.
DONATE TO PATIENT ASSISTANCE FUND »
Donations made to any of these funds go directly to the project described and are tax deductible. You may also contact us with any questions about alternate donation options.